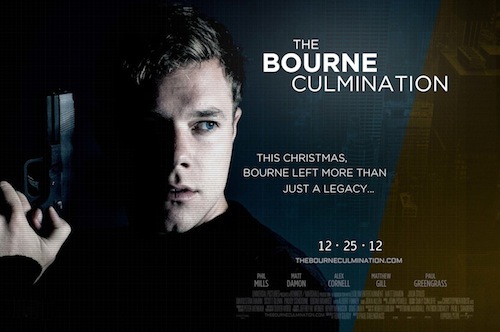 My friends and I are big fans of the Bourne series. My friend Phil looks a lot like a young Matt Damon. The combination of these two things led us to decide to make a fake trailer for the hypothetical finale to the Bourne series. As we all have jobs, the project was completed over two (very very busy) weekends. We had no agenda other than to make something awesome.

Having never made a trailer before, the first step was the watch as many as I possibly could to acclimate myself to the pacing and stylistic tendencies of typical action trailers. The previous Bourne trailers provided some great tips (no clips longer than 2 seconds, 60+ shots, etc), but the archetype for me was the trailer for Safe House. This is a great trailer. It’s got an effective trajectory and has the perfect mix of suspense and action to keep the viewer engaged.

Using Safe House as the scaffolding, we wrote a very basic story to base the shots off of. It’s very weird to construct a trailer for a movie that doesn’t exist. A scene that normally might take up a few minutes, now can take no more than few seconds. This changes how you write, and eventually shoot, dramatically. Not only do you have to shoot an immense amount of footage (to replicate a movie’s worth of shots), but you have to recalibrate your scenes to optimize for second’s worth of screen time. 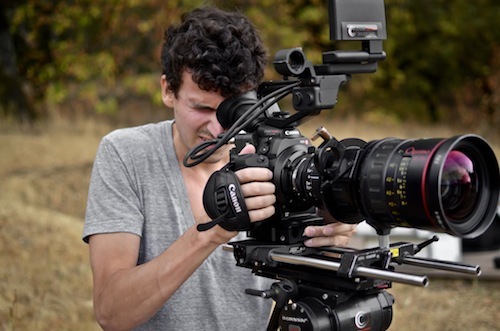 I also watched all of the previous Bourne films so I could take screenshots of shots I wanted to replicate in our trailer. Most of the Bourne films are very visually distinctive, so I wanted to do what I could to stay true to the style. There were a few shots who’s framing reoccured often, and I marked these as a blueprint for how I would setup similar shots.

As I mentioned, it’s difficult to write a script for a trailer. Usually trailers are semi-nonsensical combinations of single lines and moments from a variety of scenes. An enormous amount of shots that seem somewhat related, but really just hint at a larger story. Writing this way can be very difficult without a full story to reference. This forced us to at least conceptualize the larger story with which we would base the trailer on, but only “write” seconds of it. The story was this:

Joshua Webb, the son of David Webb, aka Jason Bourne, witnesses the supposed death of his father, as portrayed in The Bourne Ultimatum. Enraged, and believing his father to be dead, he sets out to seek vengeance upon those involved in Project: Treadstone. As he travels across the globe in pursuit of his targets, Joshua attempts to protect those he loves while discovering secrets from his father’s dark past.

Simultaneous to writing the script, I began scouting for shooting locations. Google satellite view and Evernote were invaluable to this process. I would first tour around the Bay Area using the sat map and mark interesting locations with pins. Then I’d plan driving routes and group scenes together to make the shooting schedule most efficient. If a spot proved to be as visually interesting on the ground as it was via satellite, I’d take pictures and upload them to my Evernote scouting doc (with geotagged locales). These pictures aided me as I wrote the script to fit into the potential landscapes. 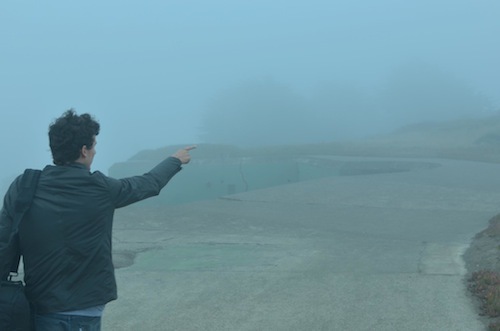 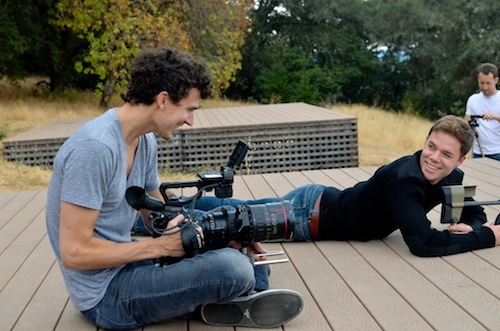 A week before the shoot I had just about every location mapped with the corresponding shots I hoped to get in each location. This allowed me to construct a very accurate and detailed shot list. The plan for the weekend was then fleshed out with personnel requirements per location and schedules based on how many shots were needed in each spot.

The entire trailer was shot on a rented Canon C300 PL with an Angenieux Optimo 18-1000mm and a Zeiss 50mm Master Prime. This was the second time I’ve shot with the C300 and I love it. I used an onboard shotgun mic to pick up ambient audio, but little of that was used. All sound was added after the fact. 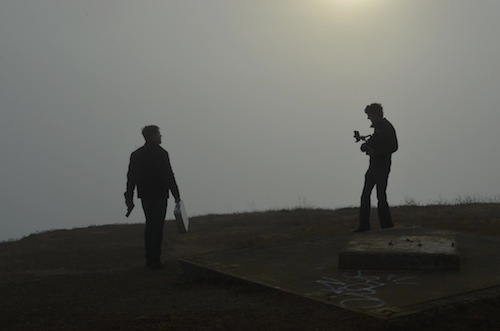 The real key to the gear on this shoot was the lenses. Both the Angeniux and the Zeiss produce a much sharper image than any lenses I’ve used previously. The Angeniux was almost impossible to maneuver by hand, so all of the handheld shots were done with the Zeiss. The combination of the two of them was perfect.

This shoot, in terms of how many people were involved, was by far the biggest I’ve ever done. All told there were 13 people who participated, most in acting roles. It took two days to film but we were extremely efficient for the entire duration of every day. 8am-11pm nonstop. The only equipment I needed to lug around was predominately the camera gear and our weaponry. All of which could fit in my car (which is always a plus).

I edited both versions of the trailer with Premiere and composited all the special effects in After Effects. There wash’t a whole lot to be done on the effects front, mostly just muzzle flares. The time-consuming part of this project was the editing. Trailers are cut so fast and I had never had such a large amount of footage to churn through. We worked out a very basic structure to the trailer and I cut around that, trying to keep an escalating trajectory of intensity as the shots progressed. Later, I determined this 2 minute version to be a little too slow, and recut the whole thing into a 30sec teaser version which eliminated the “story” portions.

Trailers are nothing without music and I found a few excellent pieces to cut to. They ended up guiding the editing a lot more than I expected since I needed to work in their audio cues into the cut. This forced me to cut to a stricter timeline than I was expecting. Coincidentally, the recently released trailer for Argo uses the same song we did.

The final piece involved outreach to promote the project. it was unilaterally ignored by every blog I reached out to. Normally this would be frustrating, but we had no goal or desired outcome. With some of the other films I’ve done, the goal has been publicity for a released product. In this case, we had no such product. We had no metric for a successful “launch”.

We just wanted to make something awesome for the hell of it.

How to Make a Promo Video without any $$$

I’ve seen a few topics on Quora recently, asking how expensive it is to make a promo video. The answers vary, but all involve using an outsourced shop and range between $10-$150K. Crazy. One skill I have developed while working at... Continue →