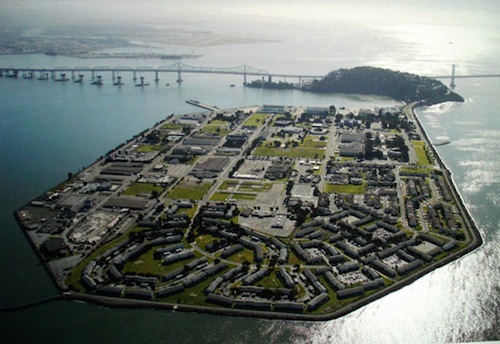 Treasure Island is exactly as magical as it sounds. While it may not appear so to the passerbys on the Bay Bridge, there is much to be discovered. From above, it resembles a territory map of Hyrule from the Legend of Zelda. Clearly, worth exploring.

The Island’s CV is an interesting one: the completely man-made landmass was previously host to the 1939 World’s Fair, a training center for nuclear decontamination, and built-out for an airport. Once owned by the Navy, it was eventually purchased by the city of San Francisco for $108 million. It’s probably one of the worst places to be during a major earthquake as the entire island is landfill and susceptible to liquefaction. The island is set to receive $1.5 billion for new residences, hotels and parks. Perhaps destined to become our own Star Island, for better for worse.

My interest in the island began during a location scouting journey for this. I was searching for a derelict looking place, devoid of people and far from San Francisco. Driving around the island I was amazed how varied the landscape was. One minute you’re passing through what feels like a housing project, then a collection of impeccably maintained sports fields, until you come upon an aircraft hangar towering above an empty helicopter landing pad. Oh and a decommissioned anti-aircraft gun. That too. Periodically a massive ship will wander, seemingly unoccupied, to the island’s shores. I’ve been countless times now and I’m still discovering strange little wonders. 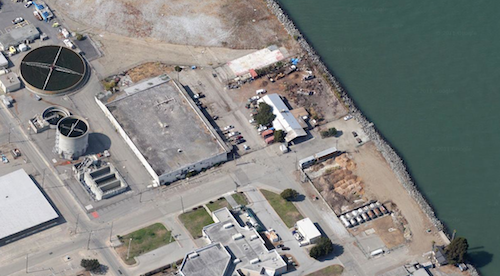 The craziest thing about the island is the lack of people. While parts of it are inhabited, much of the island is abandoned and lacks any feeling of authority or overwatch. On my favorite corner of the island (pictured above), the infrequent company is as strange as the surroundings. Fisherman, photographers with models in tow, unmarked police cars, and the occasional lost tourist. It really feels like a video game where every character is unique and the result of an animator’s overactive imagination.

It’s become my top choice for filming and I’ve shot at least three videos there to date. The only thing that’s gotten in the way, besides the Oracle Conference island-takeover every year, is the redevelopment project. Once empty and neglected corners of the island are suddenly becoming spick-and-span. Buildings are getting new coats of paint, suspicious oil drums have been removed, and what once appeared to be a structure from Myst has now been converted into a…winery. For this filmmaker, these are disappointing side effects of the island makeover.

If you’ve never been, you must visit, preferably before the big changes. From the renderings above, I’m sure the island will be worth visiting once the development is complete, but I hope it doesn’t lose its magic. If you find yourself driving across the Bay Bridge, take the one-lane exit to the island and just drive around. You’ll surely find some treas…ah couldn’t do it. Just go, it’s awesome.

Iceland is the best country in the world for a road trip. The variety of the scenery is unparalleled; one road circles the entire country and darts through some of the most incredible landscapes you will ever see. My friends and I... Continue →